The Don Suero Hotel Leon, my home for the last two nights is right on the Camino route, so I sat outside with my morning coffee watching dozens of pilgrims continuing on their way. As I had taken the extra day in Leon I didn’t recognise many of them. People I had met earlier had mostly rolled out the day before. Bob emerged and soon moved out. I lingered over a 2nd coffee. Nothing to report on this stage to Villavante. Oh, the meseta (the long flat boring part of the camino) came to an end and the landscape changed. More hills, more greenery and less dust. I remember nothing about Albergue Santa Lucia, where, according to my Credencial, I stayed overnight. Or anything about Villavante, for that matter.

Next day I bumped into Nathan on the trail and we walked together to Astorga. It was hot. Fierce hot. We checked into the municipal Albergue. Neither of us was impressed with the dorm although the garden was nice. We spent a good five minutes in that garden but as it had no bar we couldn’t stay any longer. We hit the town. We saw the sights. Well the one sight. A palace designed by Gaudi. To be fair to Astorga there were a couple of other things there. A chocolate factory, Cathedral, and some Roman ruins. With a population of 12,000 it’s not considered a backwater but I wouldn’t exactly call it a frontwater either. Anyway I’m not writing a guidebook here and I’m sure you’re all wondering how many beers we had. It was a lot. We weren’t counting. We couldn’t. I think they ran out though and we had to change to bottles. We managed. We adapted. Very versatile we were. Not all heroes wear capes.
Anyway Nate and I were allocated beds in a four bunk room, the other two bunks being unoccupied. Just luck, as some of the rooms had a dozen or more bunks. I snored myself to sleep, plugged in to my Ipod, with Enya, Birdy and Jack Savoretti. Slept well, although I can’t speak for the Ipodless Nathan.

Nate and I took morning showers and lingered over coffee so we were pretty much the last peregrinos out of Astorga. We walked past our bar from the previous night. They were having an emergency delivery.

We breezed through Rabanal del Camino a popular stop on the route and marched on to Foncebadon. It was a hell of a place. The residents started to move out in the 70s and by 1990 it had only two residents remaining. If one of them was the postman then he must have had an easy job. Since the popularity surge on the Camino, caused in part by best selling books in Germany and Korea, and by the Hollywood film starring Martin Sheen, it has been repopulated and there are about 130 beds there now. The road is almost impassable for cars still and most of the buildings are derelict. 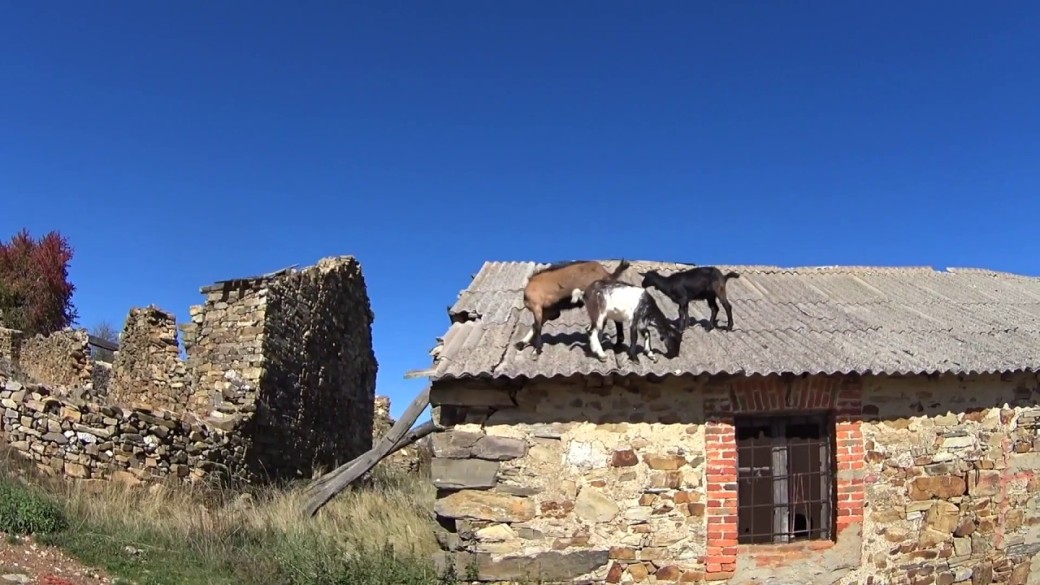 An atmospheric ghost town. I liked it. Nate and I had a poke around in a couple of the uninhabited houses looking for treasure. We found only goat shit. One had a cellar and Nathan was intent on going down. I talked him out of it. It looked like a portal to the underworld to me and I don’t go through those any more. Oh no. Not after the last time.

Walking around the tiny village we met Bob again and had a couple of drinks. Nate went off to make food at our albergue and I decided to use the restaurant at Hostal Convento where Bob was staying. He had already eaten and advised me to go now, as it, and the only other restaurant, closed at 7.00. Yeah 7.00pm. In Spain. What fresh lunacy is this! We got there at five past and I had to grovel a little to get served. I can do that. I’ve been married.

I was out of there by 7.30, full of stew and wine. Bob went to his room and on the way up the bank to my digs I spotted the other (third) albergue. It had a shop and a bar at the front. 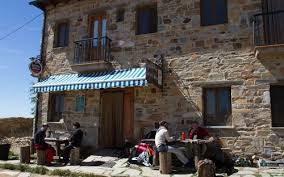 So guess what happened next. Well… if they play the music I’m gonna dance. I went in and had a good night with a London bus driver and two young German couples I had spoken to at a coffee stop two or three villages back. I stayed a while and knew the door would be locked at my place. Earlier though I had scoped a terrace out the back with french windows that didn’t look much of a challenge. Turned out Nate was still out there smoking err, something when I got back, so no drama. I left him out there, ipodded myself up and went to bed.

Next: The Devil Dogs of El Acerbo

One thought on “Camino 8: Ghost Town.”