Raining again. The locals tell me that it’s usually sunny this time of year. Oh well. At least it’s warm. The hotel gave me a umbrella I told the receptionist I would try not to lose it. But you know how it is with brollys.

I have sent all my tee shirts to the laundry. I had one clean one left last night, but chopsticks … Well… y’know. At least the laundry here uses machines. Unlike India where they knock hell out of your stuff on a rock.

So I bought a new one. We haggled and once again I was given a special price. That’s about the 25th time. I must be a special guy sho nuff. Move over José Mourino. As I left the little shop a little guy sitting on a stool tapped my leg. He pointed to my foot, bounced out of the stool and set about my perfectly undamaged sandal with a tube of glue. With a single bound I was free. Another one for the map

Oh. Yes. The map.  Although I am using Google maps now, I am in the process of making my own map using landmarks I can understand. So far I have marked
Big Bank
Little Bank
Mayhem Corner.
Hard Sell Alley
Massive Statue
Certain Death Boulevard
I now added Glue Boy Corner.
A slip-in toilet is my name for a clean toilet you can use without making a purchase. I have about 25 marked on the map. Well, at my age…

Glue Boy reminded me of the dog shit scam in Delhi. Here’s how that goes.
The Apprentice expertly flicks sloppy dog shit on your shoe. Approaching you is The Brains of the outfit. Usually smartly dressed, he draws your attention to it. He indicates the third member of the team, handily located, The Shiner. When it happened to me, I bent down, scooped off the shit and spread it over both shoes. (the canvas shoes were ruined now  anyhow.) I told The Shiner. ” No need, I kinda like them like this.”
Always remember. You’re not scammed until you hand over the money.

The rain stopped. I was approached by a charming young lady on a scooter. Her name was Mai, a student teacher. She had an afternoon free and would I like to see the city. 200,000 Dong gets me a 90 minute tour.
Why not? Off we went. And I thoroughly enjoyed it. She took me to all the main sights and lots of off the beaten path stuff, stopping so I could take pictures. 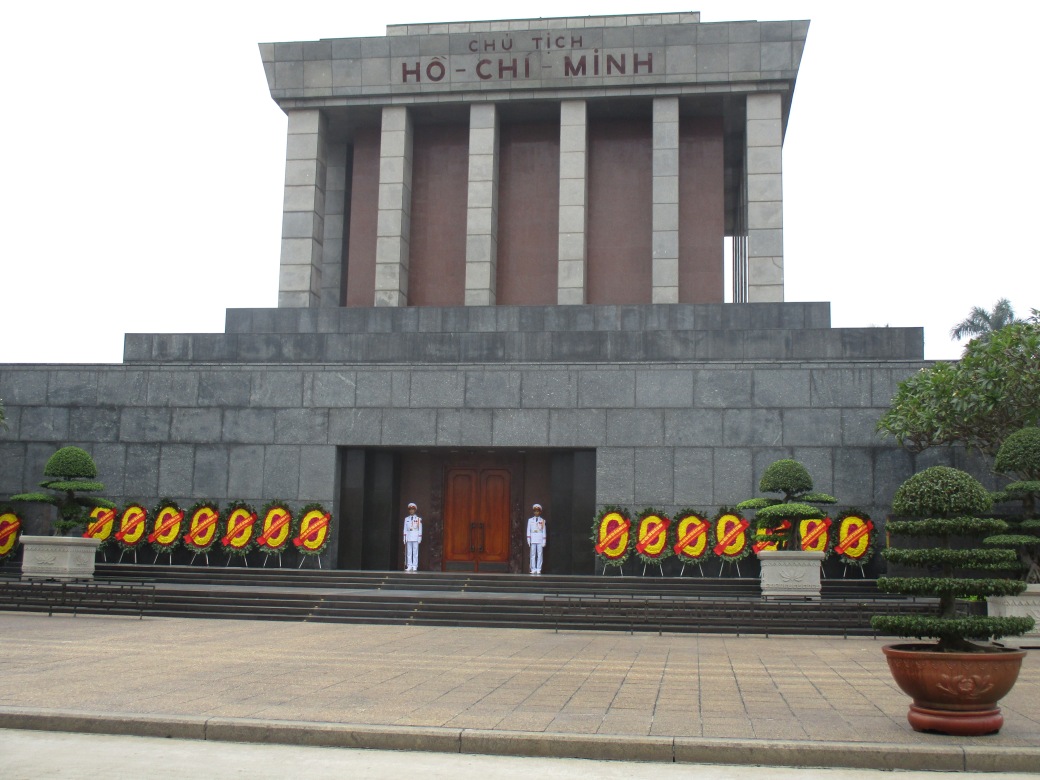 She sang as we rode and told me she loved music, as do I. A real nice girl. We rode over the long bridge spanning the river.
She stopped half way across.
“I like you ” she said. ” I don’t charge you for the tour. I would prefer you bought me a memory”
Dear reader. Can you hear any bells. Swear to God, I didn’t. She seemed so genuine. When asked what she wanted, she said a dress. On the way to the dress shop, she asked me a few questions about me, particularly about the type of car I owned, how much I earned and the value of my property. Bells? I didn’t hear ‘em. At the dress shop she spoke to the proprietor in Vietnamese. She took the first dress off the first rack. Tried it on. It fit like a glove. The first dress, what were the chances.  I’m still not hearing any bells. She asked me if I liked it.

She changes back. The dress goes into a bag.  I ask the price. 1,700,000 Dong. Yep. 1.7 million Dong. Suddenly I felt like Quasimodo in the tower at Notre Dame. Deafened by the bells.

I regained my composure, and said to the shopkeeper,
“Make it two million. That’s for all the stock and the lease. Oh, and I want you out by five o’clock.”
“No dress” said Mai
” No dress” I repeated, “You’ve mistaken me for a sucker”.
Aww, her little heart was broken. The conniving cow.
I went outside and put the crash hat on the bike. She followed me out.
” I thought you liked me” she said ” We can go to the Karaoke Bar.”
Now I can take an attempted scam  –  but karaoke! That was the last straw for me.
” Liked you?” I said “in that way. Wake up sister. I’ve got socks older than you. When it comes to women” I continued ” I’m a bit more Helen Mirren than Miley Cyrus. If you catch my drift.”
I fished a hundred thousand dong out.
“We said 200 ” she said.
“Yeah I know” I said “I just fined you a hundred for being a thief. Think yourself lucky and (expletive deleted).
I walked. She followed protesting. I turned around and told her if she followed me onto the bridge, the bike was going in the river.

That did the trick. The bridge was a narrow duel carriageway only for bikes and pedestrians. I walked on the right-hand side facing the traffic incase Clan Mai decided to surprise me from behind. Nothing happened though and I was soon back in the city.

I’ll keep an eye open for Mai and warn her next victim if I see her with him.

3 thoughts on “Hanoi 2: Mai and the Blue Dress”