Above is the bust of The Mayor. Well. You just wouldn’t. Twelve kilometres past Burgos is Rabe de las Calzadas. A very affluent, well kept village. Lovely houses, old and new, two albergues and one hotel which serves as restaurant, bar, and local hub. Shane a very interesting American checked in at the same time as me and went to sleep. I hit the bar and got very good meatballs. That’s my lot for tonight. No pilgrim’s dinner for me.

Later, having partaken of the dinner, Shane turned up at the bar with Mariana who unbeknown to me was in our albergue. She immediately bought wine for us all. It would have been another bumpy night but we were on a 10.00 curfew.

As we got back to the albergue there was a Frenchman sorting out his ass. Interested to know the ins and outs of traveling with a donkey I tried to engage him. I elicited only grunts and monosyllabic answers. Mariana, who has a certain amount of charm, fared no better. We gave up, but before we went inside, I asked the donkey what it was like traveling with a jackass.

My night turned out to be bumpy in a very different way. It was the strangest thing. And very uncamino like.

About 3.00 and we’re all fast asleep. Suddenly I’m dragged almost out of my bottom bunk. A Spanish guy, from the bunk above Shane, was raging at me. ‘What the hell is wrong?’ I yelled

He answered me in superfast Spanish although it may have been Italian. I picked out the word Noisy in English. I must have been snoring. But this guy was raging. He lashed out a foot and kicked the bedframe.

Then as quick as it had started, it stopped. He grabbed his already packed bag and stormed out, slamming the door. Jesus. Bit of an overreaction. For snoring. It would have been an overreaction even if I’d been playing the drums all night.

We had a post mortem the following morning. Shane had seen the whole thing and said that I hadn’t even been snoring, or making any noise at all. Shane advised me to tell the Hospitalero to call the police. I thought about it but it might have got complicated.

That guy obviously had issues. Maybe caused by a troubled childhood. Or a bad experience with drugs. Maybe I should catch him up and try to help him resolve things. Y’know in the spirit of the Camino. What! Fuck that. I never want to see him again. Fucking lunatic. I hope it rains on his birthday.

I never have the breakfast at the albergues. I usually get a few miles up the road first. I really wanted coffee though, and I knew the little bar from last night opened at 7.00. It was 6.55 when I got my stuff together. Perfect. At the front door Sancho Panza and his donkey were preparing for the off. I said Buenos Dias… to the donkey.

I had coffee and photographed the bar. On next year’s tour (by car) I might very well stay for a night at this lovely little place. 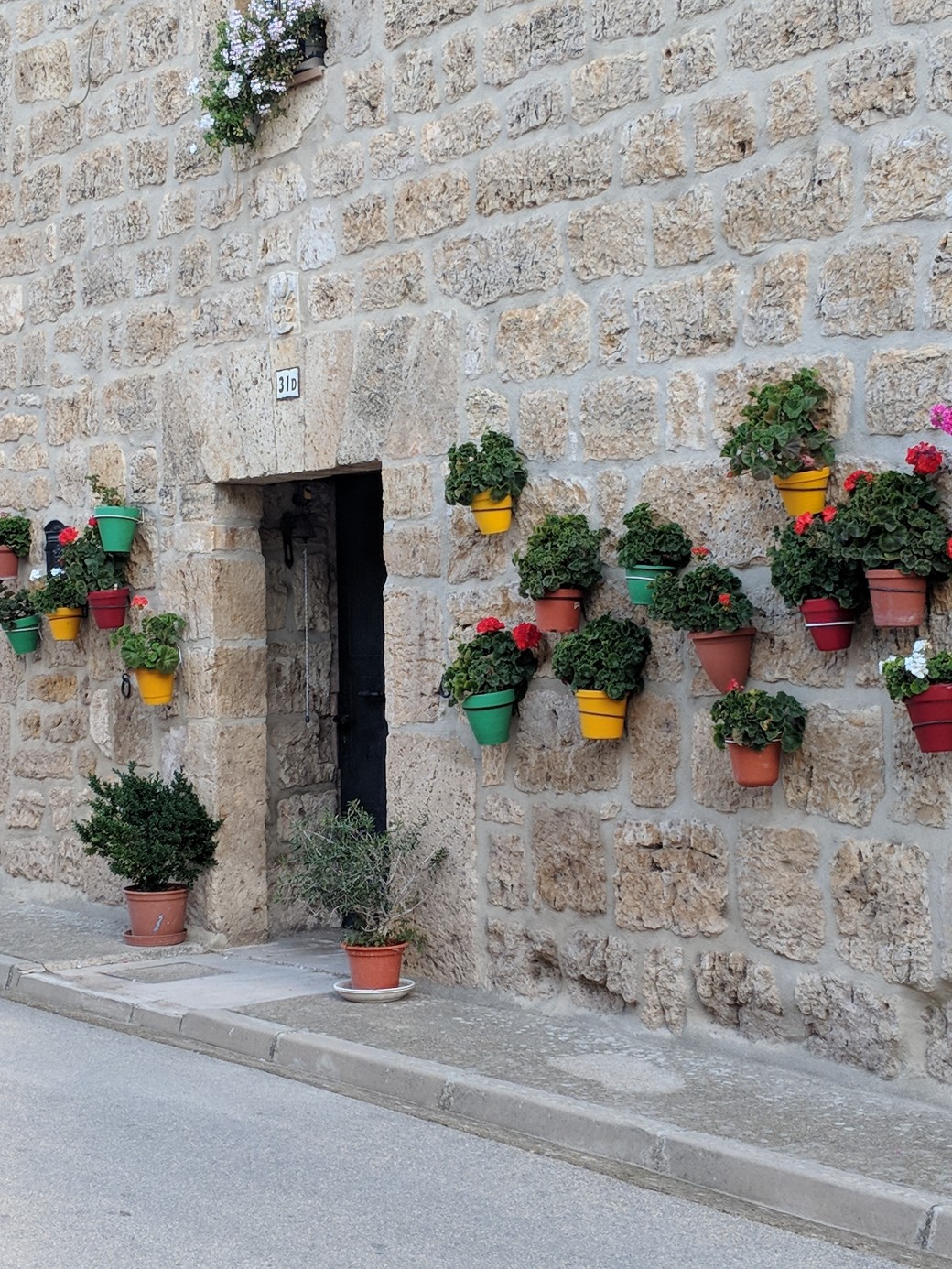 Up the trail the single word ‘SORRY’ was scratched in the dirt. Recently done, no footprints over it. Hmm. I wonder. If it was him he could have been more specific then we’d know for sure. Could have written, ‘ Sorry to the incredibly good looking Englishman.’